We all love swimming but none of us really think about when the pool was invented. Many are astonished to know that the very first swimming pool was built in the 3rd century BCE. It was referred to as The Great Bath in Mohenjo -Daro. This is the modern day Pakistan. The pool measured 12 meters by 7 meters. The maximum depth was 2.4 meters, with two staircases that allowed individuals move along the ledge without stepping inside the pool. There were bricks that were finely laid closely together on the floor to make the pool water tight. A thick layer of natural tar was laid across the sides of the tank to make for an even tighter seal. Many philosophers say that the purpose of the first pool was for renewing the well being of the person that was bathing in the pool.

In the 1st century, the first heated pool came into play. The pool was built by Gaius Maecenas, who was a rich Roman Lord. He was a great friend of Caesar Augustas, and was considered to be one of the first patrons to art. This pool was said to be a real work of art, complete with waterfalls, terraces that overlooked the pool, gorgeous gardens, and villas surrounding it.

In the 6th to 8th century BC, pools were used for the military to train in. Greek philosopher Plato felt that it was very important for children to learn how to swim, and so this was made as a proper education training.

Swimming pools became very popular in the 19th century. By the time 1837 rolled around, there were 6 indoor pools that were equipped with diving boards built in the London area. In 1844, one of the first swimming clubs was established in Kent, England. They named the club the Maidstone Swimming Club, and the main reason it came into play was due to the fact that there were so many drownings in the River Medway. In 1880 the Amateur Swimming Association was formed in England. By the time the first Olympic games were held in 1896 in Athens, Greece, swimming was becoming very popular. At these games, swimming races were one of the sports featured.

In 1907, one of the first above ground swimming pools was constructed at a Racquet Club of Philadelphia. Today, this clubhouse is placed on the National Register of Historic Places. In this same year, the very first cruise ship with a pool sailed across the Atlantic Ocean. The first recorded in ground swimming pool was built in Austin, Texas. The Deep Eddy Pool was built during the depression era, and was surprisingly a swimming hole in the Colorado River to begin with. The pool was most likely called Deep Eddy due to the fact that in the river, people swam where the river had formed an eddy with a boulder. Today the pool is still in operation and ran by the city of Austin. Only a year later, FINA (Federation Internationale de Nataion de Amateur) was founded. Four years later, swimming was added as a woman’s sport in the Olympic Games.

The largest swimming pool in the United States sadly closed in 1971. This pool was opened in 1925, and was called the Fleischhacker Pool. It was located in San Francisco, California. This pool was unique due to the fact that it was filled with salt water. This pool was so large that lifeguards crossed it with wooden boats. The pool did not have proper upkeep, and did not meet the modern health standards, so the doors where closed, and the adjacent San Francisco Zoo took the pool over. Today the space is used for parking for visitors of the zoo. The pool’s bathhouse still stands.

The largest swimming pool in the world opened in 2006 in Algarrobo, Chile. This pool is a seawater pool called the San Alfonso del Mar.

Today it is estimated that there are more than 10 million swimming pools located in the United States alone. A lot of thanks may be given to the Romans for thinking of such a clever idea for us to entertain ourselves, giving us a sport that many take passion in.

AMS is featured in these trusted pool industry publications 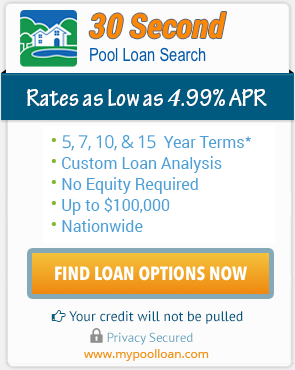